In 1987, Lebbeus Woods created an image of a chair called "Neomechanical Tower (Upper) Chamber". Universal Studios released the Film 12 Monkeys in December of 1995. Universal Studios created a scene of the photo. The main character is put in an interrogation room and put in the chair being lifted several yards above the floor. The character is then interrogated. The character goes back to the chair three more times that movie. 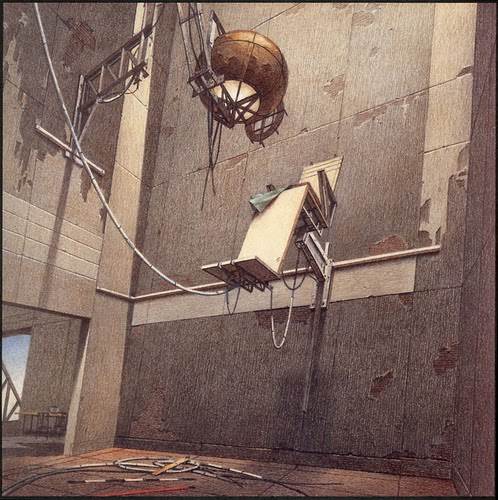 The judge ruled Woods and to pull all copies of 12 Monkeys. They will be able to release the movie after the chair scene is taken away, but Lebbeus Woods decided to let them keep the scene in the movie after a six-figure cash settlement. I believe that the judge ruled fair because they did not ask for the copyright of the use in the movie before Universal Studios made the scene for 12 Monkeys.
Posted by Unknown at 7:24 AM No comments: